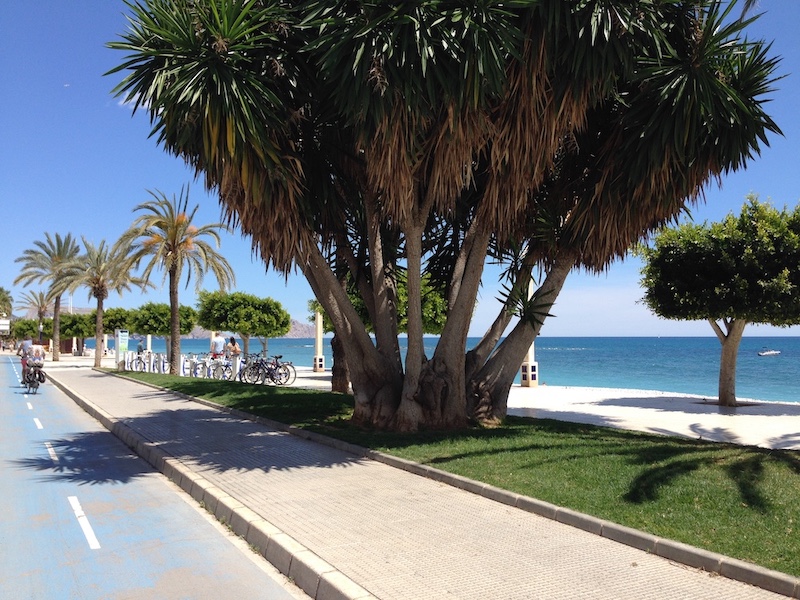 Spain’s new driving rules came into force on 21st March 2022 and include new fines for drivers.

Spain’s new 2022 Traffic Law is now in force (as of 21st March), meaning there are some changes that you need to be aware of if you’re driving in Spain. If you want to avoid unnecessary fines and losing points from your Spanish driver’s licence, we have summarised 10 of the main changes in the new rules and fines for driving in Spain.

One of the main features in Spain’s new driving law is the rule regarding the use of mobile phones when driving in Spain. Driving while using a mobile phone is now punishable with a fine of 200 euros and 6 points if the device is being held by the driver, 3 if it is not. There are some exceptions included in this rule, including vehicles used by the armed forces while driving in convoy. The use of approved wireless devices on helmets is also permitted for motorbike and moped riders as long as they do not affect the safety of driving.

In Spain, it is now forbidden for cars and motorbikes to exceed the speed limit by 20km/h on single carriageways in order to overtake other vehicles. The DGT (Directorate-General for Traffic in Spain) has stated that this measure serves to reduce the risks involved in overtaking on Spanish roads.

Electric scooters are now placed on the same level as mopeds and bicycles according to Spain’s new traffic rules law and this means that drivers of the former must use protective helmets. Furthermore, the circulation of electric scooters on pavements is now prohibited.

The new law also details a change in the way cyclists should be overtaken in Spain. Drivers wishing to overtake a bike will now have to make a complete lane change when there is more than one lane in each direction. Until now it has only been necessary to keep a distance of 1.5 metres, but this will no longer be the case. When it comes to overtaking cyclists, there are also new penalties for breaking the rules. The penalty increases from 4 to 6 points.

The offence of not using a helmet or child seat when necessary in Spain has been made more severe, and failing to do so will result in losing 4 points from your driving licence (instead of 3).

Environmental protection is also included in the new law, meaning that failure to respect traffic restrictions in place due to pollution protocols and low emission zones will be considered a serious offence.

With the aim of preventing fraud in driving tests, the new traffic law in Spain considers the use of unauthorised intercommunication devices during a driving test to be a very serious offence. The guilty party, if caught, will not be able to take the test again for a period of six months and will also have to pay a fine of 500 euros.

Another addition for driving tests is regarding the theory exam which may now be carried out remotely and, after obtaining administrative authorisation, this may be accredited by means of physical or digital presentation.

Underage drinking and driving in Spain

As of 21st March, minors with a licence to drive mopeds, quads or any other vehicle stipulated in this licence may not drive with an alcohol level of more than 0.0.

Getting penalty points back

Previously, the time needed to recover the points deducted from your driving licence in Spain depended on the seriousness of the offence. From now on, the necessary recovery period will be two years no matter what the offence is.

The new law does however have an additional article that states that drivers who undertake certain road safety courses will be compensated with 2 additional points (up to a maximum of 15 points). Courses can be done with a maximum frequency of one course of each type every two years.

Tax in Spain: learn more about taxes for holiday rentals in Spain

Do you pay tax on a second home in Spain? How much? We have all the details about declaring income...
Continue reading

The reasons why non-residents don't have to pay capital gains tax when selling property in...
Continue reading

The Spanish rental cap is used by the government to regulate the long term rentals in Spain. As we...
Continue reading